My one page or less Kevin Durant…rant. 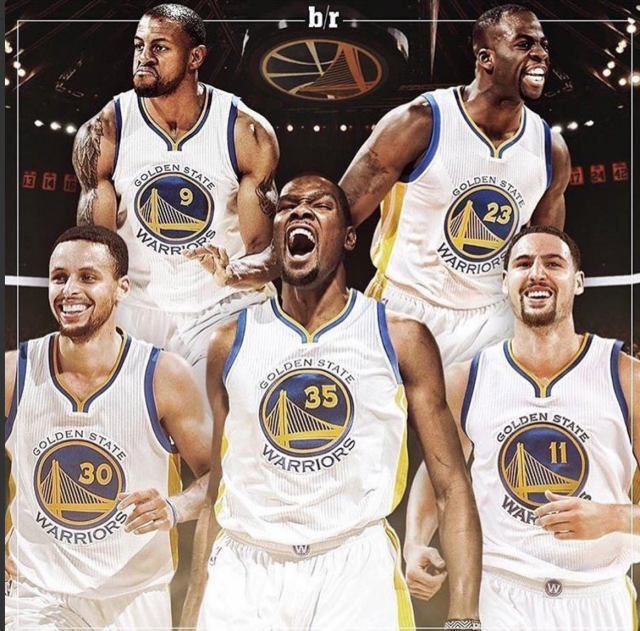 Lost all respect for Kevin Durant this morning when he announced he is taking his talents to Golden State. The ultimate sell out. Understand something, it’s not that he changed teams that bothers me. It’s really not. Even if I think he should have stayed in OKC, he is free to make a move for both his career and his family. But to choose to sign with the team that just broke the record for all time wins in a season WITHOUT HIM? To choose to sign with a core of players who already won a title and were minutes from going back to back? To choose to team up with the back to back MVP and his two teammates who many would argue are better players? Unforgivable.

It’s a lose lose situation for KD. If he gets his wish and wins a championship in Golden State, he will get labeled as a “sellout” or “bandwaggoner” at best. A championship is expected to happen. There is no real value in it. It will be as expected as Warren Buffett making a wise financial investment. Not even exciting.

But if for some unforseen reason he doesn’t get a ring… he could go down as one of the biggest flop superstars in NBA history. All of his stats will decrease. The media will be like sharks in the water. And he will be the guy who couldn’t even win a title with the most talented team in NBA history. And he will deserve every bit of the hate.

I’m sad for the game of basketball. This whole “ring chasing” mentality is ruining the competitive nature and purity of the game. Kevin Durant has said this decision is all based on winning…but at what cost? Winning one title in OKC would mean more to his legacy than 5 titles with a superteam in Oakland. Can you imagine if Larry Bird called up Magic Johnson back in the 80s and said, “Hey Magic, you wanna team up? I’ll come to you I want some sunshine. We can be unbeatable.” Or what if Michael Jordan called up Isaiah Thomas and the Pistons after the second time they knocked the Bulls out of the playoffs. “Uh, Isaiah, I was wondering if I could come be a bad boy with you in Detroit?”

The idea of Kevin Durant leaving the Thunder for the Warriors is ludicrous. The Thunder were up 3-1 in the Western Conference finals but couldn’t close out the series. I wonder if any of their failure stemmed from KD wishing in the back of his mind that he was on the team that he was trying to beat? The Thunder got better through free agency, and were poised to give Golden State another run for their money in the playoffs. But nah, KD would rather jump ship and join the team already favored by Vegas to win the title in 2017 before he joins the roster. So lame.

Last thing. An important detail has surfaced after all this KD drama. We own Lebron James a HUGE apology Durant’s choice makes “The Decision” pale in comparison. But I’m sure KD will get a pass for this somehow, but he wont get one from me. And when Lebron pulls off another miracle and beats the Warriors in next years finals, maybe Kevin will opt out and sign with the Cavs for 2018.

This entry was posted in Uncategorized. Bookmark the permalink.

3 Responses to My one page or less Kevin Durant…rant.